The Chronicles of Basketry

The Babylonian god Marduk plaited a wicker hurdle on the surface of the waters. He created dust and spread it on the hurdle. Thus, this ancient Mesopotamian myth describesthe creation of the earth using a reed mat. And not only this, many other ancient myths and stories believe that basketry was the first of the arts given to mankind. An art of making interwoven objects, usually containers, from flexible vegetable fibres, such as twigs, grasses, osiers, bamboo and rushes or from other manmade materials, the currently stylish and trending Basketry is old, really old. Lets discover its secrets and interesting anecdotes.

The weaving of baskets is as old as the history of man. Traces of baskets have been found in the Egyptian pyramids and woven basket liners have left their impressions inside the fragments of ancient pottery. But it was really the explorers and the travellers who spread this craft from one part of the world to the other. As the explorers arrived in new lands, they traded goods which were usually stored in locally weaved baskets from their homeland. As the recipient of the goods looked over the basket, they then applied that technique to the materials of their own land. This explains why so many Asian techniques like hexagonal weaves are found in European baskets and how European techniques were then carried over to America.

The Native Americans may have left the greatest legacy to the world of baskets. But it was the Indians of Arizona and New Mexico who made basket-molded pottery from 5000 to 1000 B.C. as a part of the earliest basket heritage. It is their baskets that are regarded as the pure form of art and one that was created not only by the primitive people but also by women. Consequently, many archeological sites contain baskets - some of the oldest ones are caves and shelters in Oregon, Nevada, Utah and the Great Basin region. The Great Basin region is one of the best preserving areas because of its dry climate.These sites contain examples of prehistoric coiled and twined basketry from up to 11,000 years ago. Other forms of twining such as mats and bags have been found as early as 9,000 years ago.

While throughout the Industrial Revolution phase, baskets were mostly used in factories for packaging the produced goods and for storage purposes; it was during the Victorian times that Wicker furniture became popular and fashionable. And it was finally during the World Wars when thousands of baskets were used for transporting messenger pigeons. There were also observational balloon baskets, baskets for shell cases and airborne pannier baskets used for dropping supplies of ammunition and food to the troop, thus playing an integral, irreplaceable role. 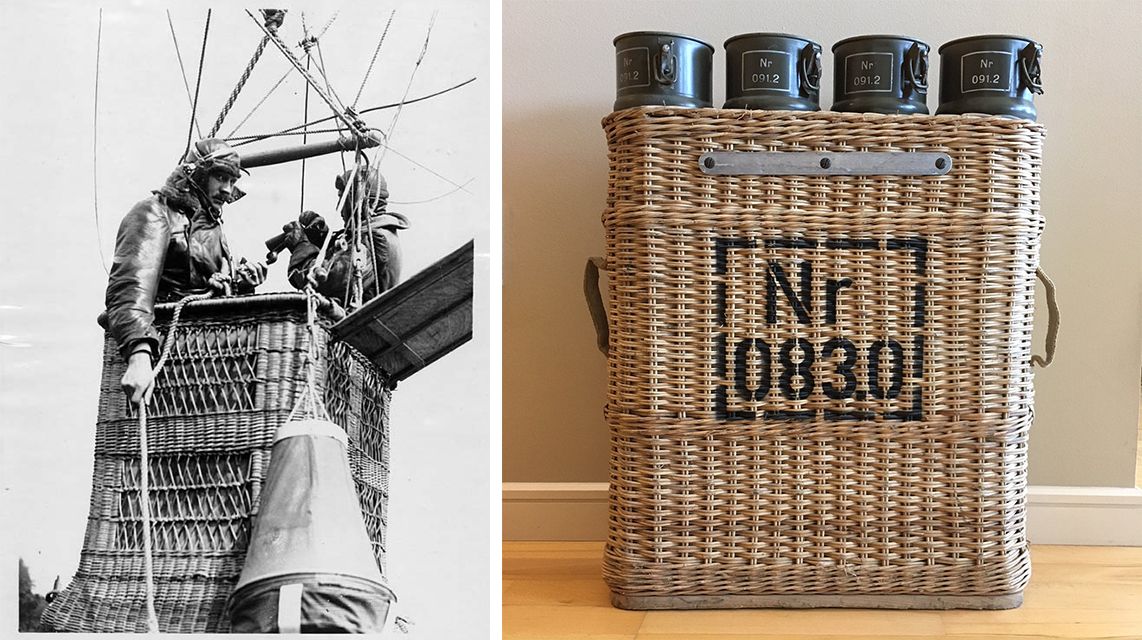 Travelling from America, this craft finally settled in South East Asia. It is one of the most prolific regions for the production of baskets as one-fifth of the existing Tropical Forests are found in this region and the craft of basketry procures a lot of natural materials. By and large, rattan, bamboo and pandan are the preferred sources of fibres to create woven baskets. Rattan is a semi-woody climber representing a typical component of many forest types across the region. There are twelve recognized genera of rattan with about 600 species concentrated only in South East Asia. Different from rattan, bamboo is particularly abundant in seasonally dry, monsoonal forests and is often found in disturbed areas of the region.

It is plausible to speculate that, in South East Asia, baskets and plaited artifacts travelled along the same prehistoric routes that allowed the distribution of bronze pieces. The most common types of weaves that are widely practiced in this region are,

• Checker Work - In this type of weave, the warp and weft are uniform in size and pliability and each element passes over one and under one of the other, thus forming

square or rectangular checks. A variant of this weave is found in certain baskets in which the warp is crossed and the weft passes through in regular order, so as to produce hexagonal openings.

• Wickerwork - In a Wickerwork weave, the warp is rigid and the smaller more flexible weft passes under one and over one of the former.

• Crossed Weft - In crossed weft, two sets of wefts cross each other at an angle and interlace a rigid warp.

• Diagonal or Twilled. This commonly used weave occurs occurs when two or more weft strands pass over two or more warp elements, but not the same in adjoining rows; also warp and wefts both run diagonally.

The technique of weaving has been passed along, re-discovered and expanded upon throughout the years and still mesmerizes us. The craft that was once used simply for storage and transportation of goods is now used for more decorative purposes and is gaining popularity for its eco-friendliness and sustainability. While these natural beauties grace your everyday functions, stay tuned to discover our take on this exquisite and timeless craft.